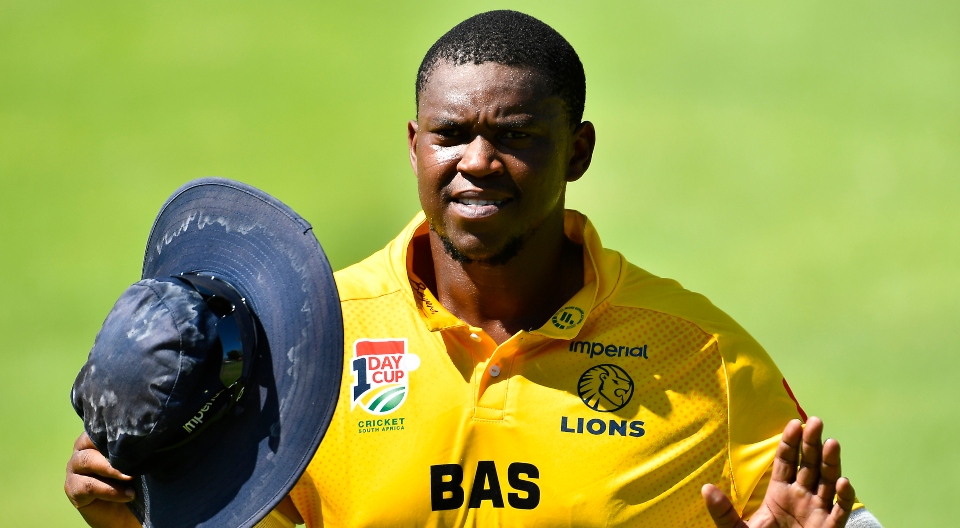 Sisanda Magala has been crowned this season’s SACA Overall and 1Day Cup MVP (Most Valuable Player) following the conclusion of the 1Day Cup final on Wednesday.

Magala has consistently produced match-winning performances this season, but it was his dominance in the CSA 1Day Cup that propelled him to the top spot in both the Overall and the 1 Day Cup rankings.

“It is a great feeling to be named the SACA MVP for the season. I have put a lot of work into my game this season. It has not been easy for me but to get the recognition as the MVP for the season means I am doing something right” said Magala

The SACA MVP is the only statistical ranking algorithm in South Africa that measures player performances in each match to determine who the most valuable player is in domestic cricket.

Players earn points at the end of each match for batting, bowling, fielding, captaining and more importantly, winning. These points are weighted against the impact and effect they have in the match. Bonus points are awarded for outstanding performances in each of the disciplines.

In the 4 Day Series, Simon Harmer marked his return to local domestic cricket by taking home the red-ball MVP.  A number of superb performances with the ball eventually earned him a call up to the national team. As the leading wicket-taker, he managed to hold off Western Province left-arm spinner, Kyle Simmonds, who was hot on his heels from the second last round of the competition.

Boland Rocks captain, Pieter Malan topped the rankings in the shortest format. Malan was in top form throughout the competition, earning a total of 123.981 points. It was his performance in the final that secured him as the competition MVP, only 25,935 points ahead of Warriors youngster, Tristan Stubbs finished in second-place position in the rankings.

“The rankings provide players, fans and stakeholders with an objective and holistic insight into how a player is performing in each game of the season as it takes into consideration the impact the player has in each game,” said Andrew Breetzke, SACA CEO.

“The SACA MVP is a player property we have been administering for players for over ten years and each year the performances keep improving. I would like to congratulate Sisanda, Simon and Pieter on winning their respective titles. They are a testament to the quality of cricket we have at domestic level.” concluded Breetzke.
Ends.