Tshepo Moreki provided some late inspiration for the Multiply Titans by claiming a hat-trick to help bowl them to an unlikely 129-run victory over the Hollywoodbets Dolphins in their 4-Day Domestic Series opener in Centurion on Thursday.

The seamer accounted for Andile Phehlukwayo, Eathan Bosch and Daryn Dupavillon in successive deliveries to finish with a career-best four for 32 that sent the visitors tumbling to 161 all out, chasing 291 on the final afternoon at SuperSport Park.

It was a huge turnaround after the match had earlier appeared to be petering out towards a draw when the Dolphins were 124 for four and around 30 overs to play.

But Moreki’s magic turned the game upside down and concluded a fine victory for the home side, who had declared their second innings on 234 for seven, thanks to Neil Brand, who followed up his maiden century in the first innings with an impressive 77 (102 balls, 9 fours, 2 sixes).

Mark Boucher’s side started the last day on 117 for three and they doubled that score thanks to their key batsman from the game.

There was not too much of support for Brand, except for an unbeaten 38 by Dayyaan Galiem and 17 from Junior Dala, the hosts ending their innings in 53.2 overs.

Okuhle Cele was the pick of the bowlers with two for 45, while Dupavillon (2/49) and Phehlukwayo (2/69) also nabbed two wickets apiece.

Injury replacement Jason Oakes, on for Grant Roelofsen at the start of the Titans’ second innings, led the final passage of the game well alongside Vaughn van Jaarsveld (24) with the pair putting on 35 for the first wicket.

Galiem (2/26) ended the stand, before the substitute, Cody Chetty (15), and Sibonelo Makhanya (18) appeared to be pulling their side towards safety.

But, after Brand (2/20) trapped the latter leg before wicket, Moreki had Phehlukwayo caught at short third man for five, then bowled Bosch and followed that up by having Dupavillon (both nought) caught by wicketkeeper Rubin Hermann.

Those wickets saw the away side fall from 146 for six to 146 for nine and Dala then read the last rites by dismissing Cele (two) to clinch a famous win. 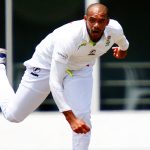 WALTERS HELPS WARRIORS TO 216 VICTORY OVER THE TITANS 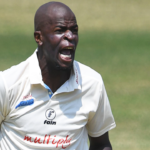 MOTHOA’S PUTS TITANS AHEAD ON DAY 1