The 2019 FICA Annual Board meeting took place in London, during the Cricket World Cup and I had the opportunity to attend and participate in the conversations on cricket globally.

FICA’s role as the global players’ representative body is to protect and promote the interests of professional cricketers around the world.

There were numerous topics discussed at the meeting, however, I want to focus on two that have a direct impact on South African cricket. The first being, the battle between traditional and modern cricket landscapes and the second is the impact of free agency on both international cricket and domestic leagues.

There are two competing landscapes within cricket globally. On the one side, there is the traditional model of cricket, comprised of existing international cricket and domestic cricket structures. On the other side, there is the modern landscape consisting of various and increasing number of domestic T20 leagues around the world.

The gravitational pull to the domestic T20 leagues is driven by the commercial value offered to players and short time commitment relative to earnings, amongst other factors such as workload and scheduling in the traditional cricket landscape. With the addition of T10 cricket and the strong foothold, the IPL has in the market, as well as other new and developing leagues, there has never been more choice for players. Players now have the opportunity to move “horizontally” around the world between short term contracts across several countries, as opposed to moving within the traditional “vertical” pathway from local domestic cricket up towards international cricket.

South African Cricket plays a critical role in the collective eco-system of international cricket. It is imperative that South Africa remains competitive, despite the decline in the commercial value of the traditional landscape. The reason for this is that the traditional model in cricket will soon become a niche market and played between governing bodies that are financially ahead of the rest in international cricket. It is in this market that South Africa will need to become a more active participant in the game and in doing so, attract the likes of India, Australia and England to its shores for 5 Test match series and eventually have a spill-over effect on ODI and T20 cricket.

For South Africa’s domestic and national players, the attraction and benefits of free agency offered in the modern landscape cannot be ignored. There are many factors globally which are driving this, including the game structure and game economics. In South Africa, the trend is exacerbated by two key factors: a volatile currency and an unstable domestic environment.

In terms of free agency in South Africa, forward-thinking suggests, if it is not carefully managed, it will likely wreak havoc in the South African cricket system much as it did in the West Indies when it was in its infancy. New Zealand’s player-centric model remains the best example of how to manage free agency and national duty. Through flexible contracting arrangements, what they have managed to do is to analyse their domestic structure to strike a balance between player earning opportunities whilst ensuring players are committed to and available for national duty when called upon.

Years before the boom of T20 leagues around the world, it was once through stellar performances at a national level that got the attention of leagues to sign players. Nowadays, players are able to showcase their skills to the international market without having represented their country. A perfect example of this in South Africa is Rassie Van der Dussen. Rassie made his mark in the Canadian Premier League, Caribbean Premier League and Mzansi Super League before representing South Africa.

As we contemplate the future let us recognize that if we fail to design a suitable and sustainable system for our needs within the global framework; this will be the beginning of the end of Cricket in South Africa as we know it. 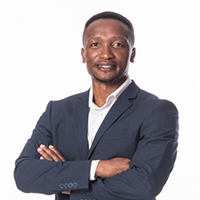